Red I feel my soul on fire!
Imagine not having film developed for the last four years and your first roll back behind the lens is Venice. What a rare sight indeed! To see the streets of Venice empty of tourists packed in the streets fills me with gratitude. Let me take you away even for a few seconds.
The good news is,⁣
I am Diwata. I came down from Mount Makiling to be with you, first daughter. ⁣
I'm so proud to share this Spring 2021 Art 265 batch Project 3. Look at what we can accomplish with the least amount of resources thanks to Covid. So much improvement over time. So much use of process. So much interactive experimentation on inDesign. So much team building. Thank you everyone!
Dipped in neon we painted the evening with bright hues of pink, blue, and bright yellow until the dawn revealed it’s true colors.
Skip to content Follow 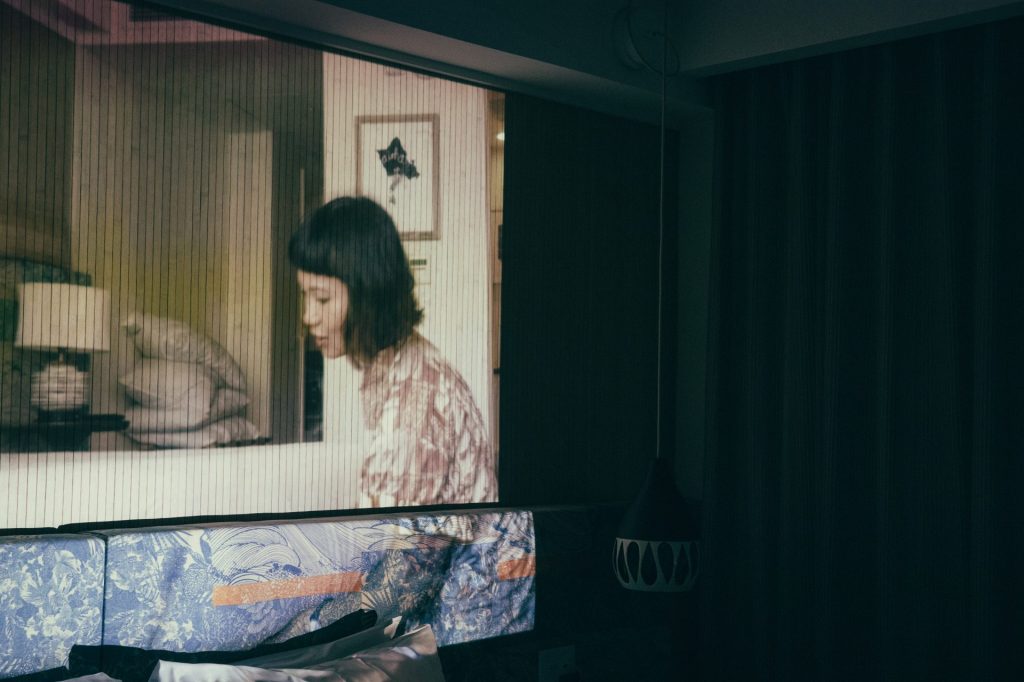 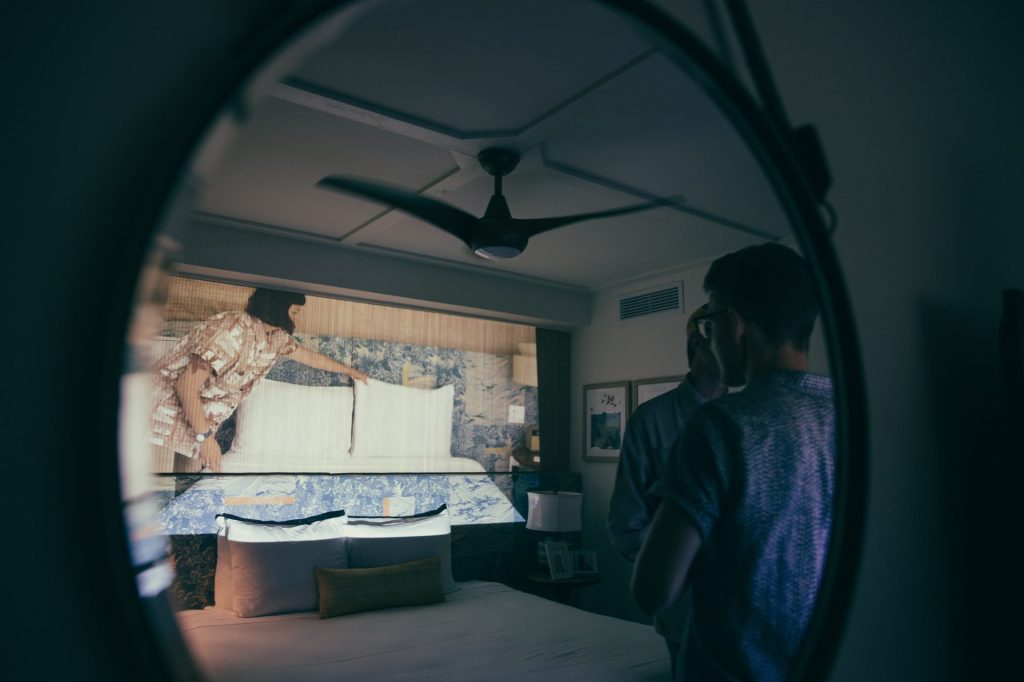 Dahil Sa’yo is a site specific interactive installation for Contact Zone: Reimagining Waikiki located at the penthouses at The Surfjack Hotel.

Dahil Sa’yo is a commentary on the tourism industry’s relationship with Filipino immigrant workers. The artists honor the work of the hospitality team at the Surfjack through a video installation and a live interactive karaoke experience comprised of workers from Surfjack’s hospitality team. This open work reminds the audience of Hawai‘i’s long history of Filipino immigrants. The first group of 15 sakadas recruited by Hawaii Sugar Planters Association arrive in Honolulu in 1906 and were sent to work on the Ola‘a Plantation on the Big Island.

According to the 2016 Census, Filipinos in Hawaii number about 209,000 and constitute 14 percent of the state of Hawai‘i’s population. According to census figures, nearly 122,000 Filipinos are immigrants, making up 46.4 percent of the state’s foreign-born population. Dahil Sa’yo is Tagalog for “Because of You,” a popular kundiman (folk song) often sang in karaoke; a favorite Filipino pastime. 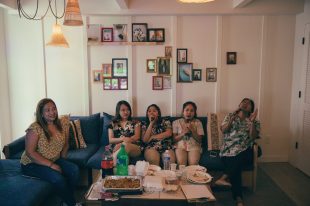 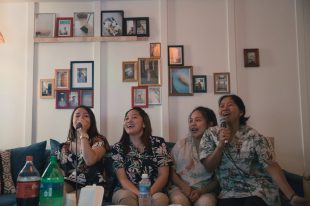 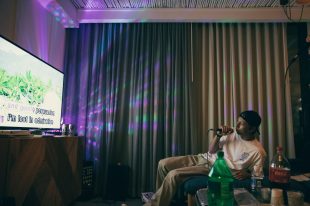 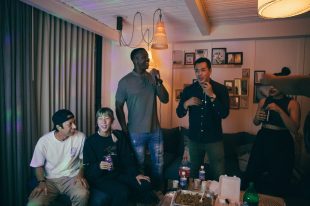 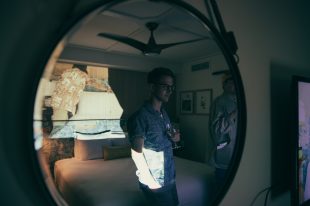 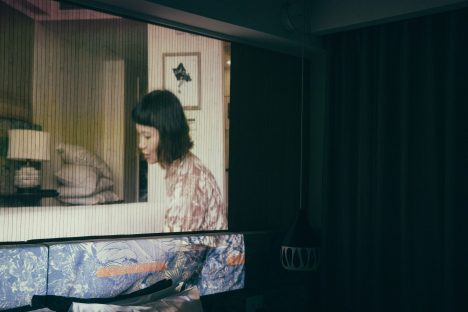 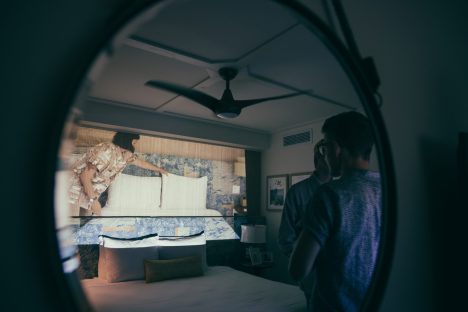 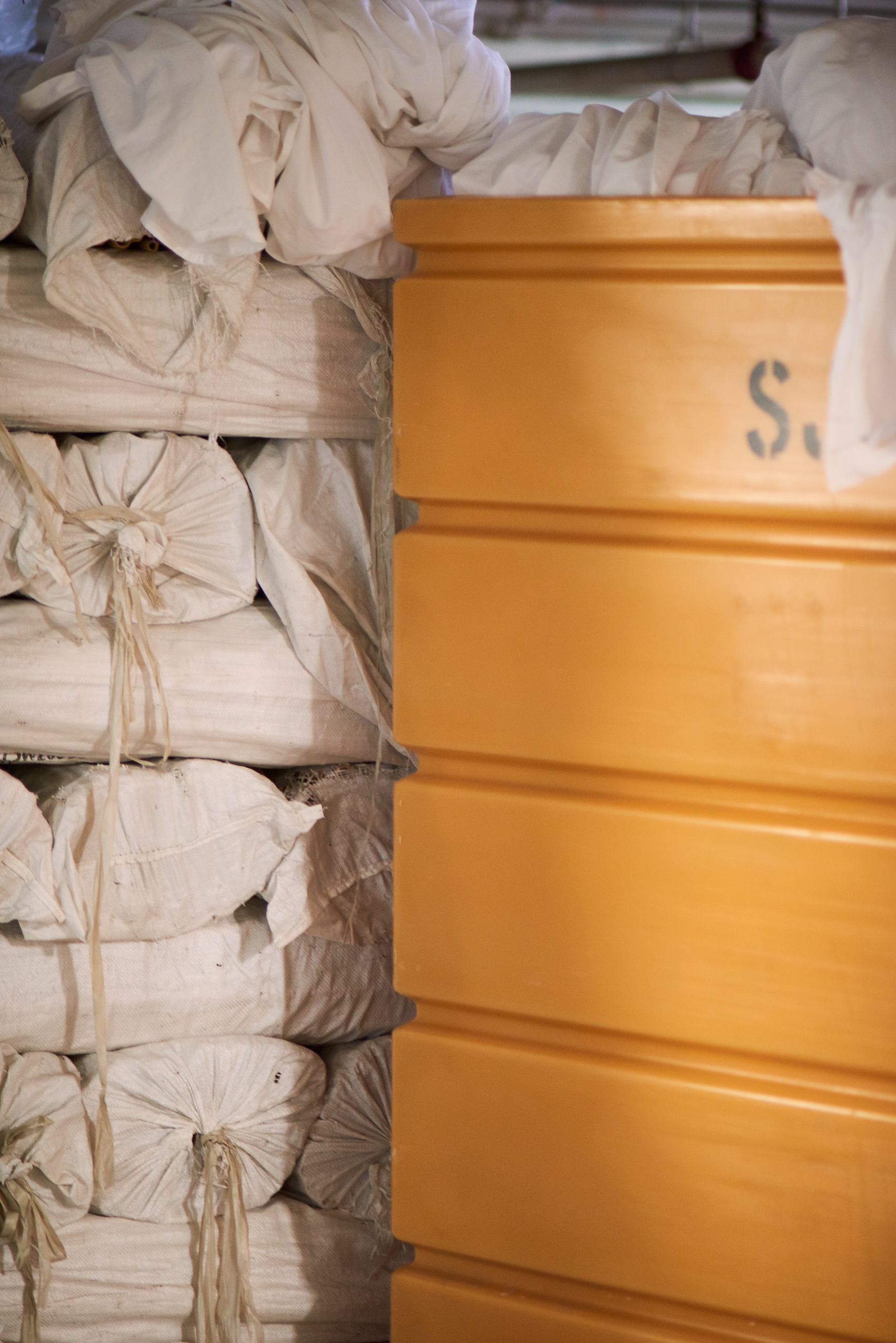 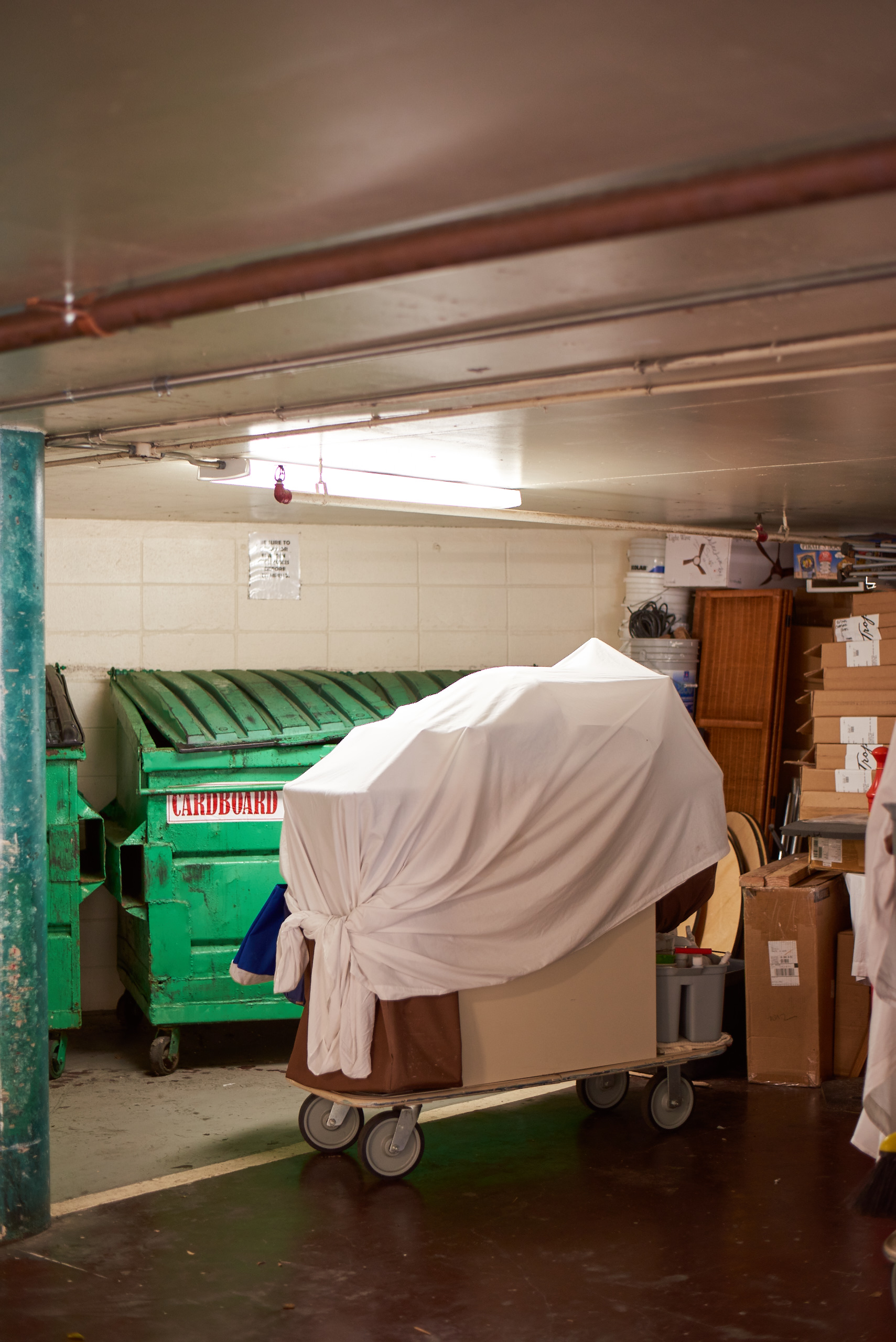 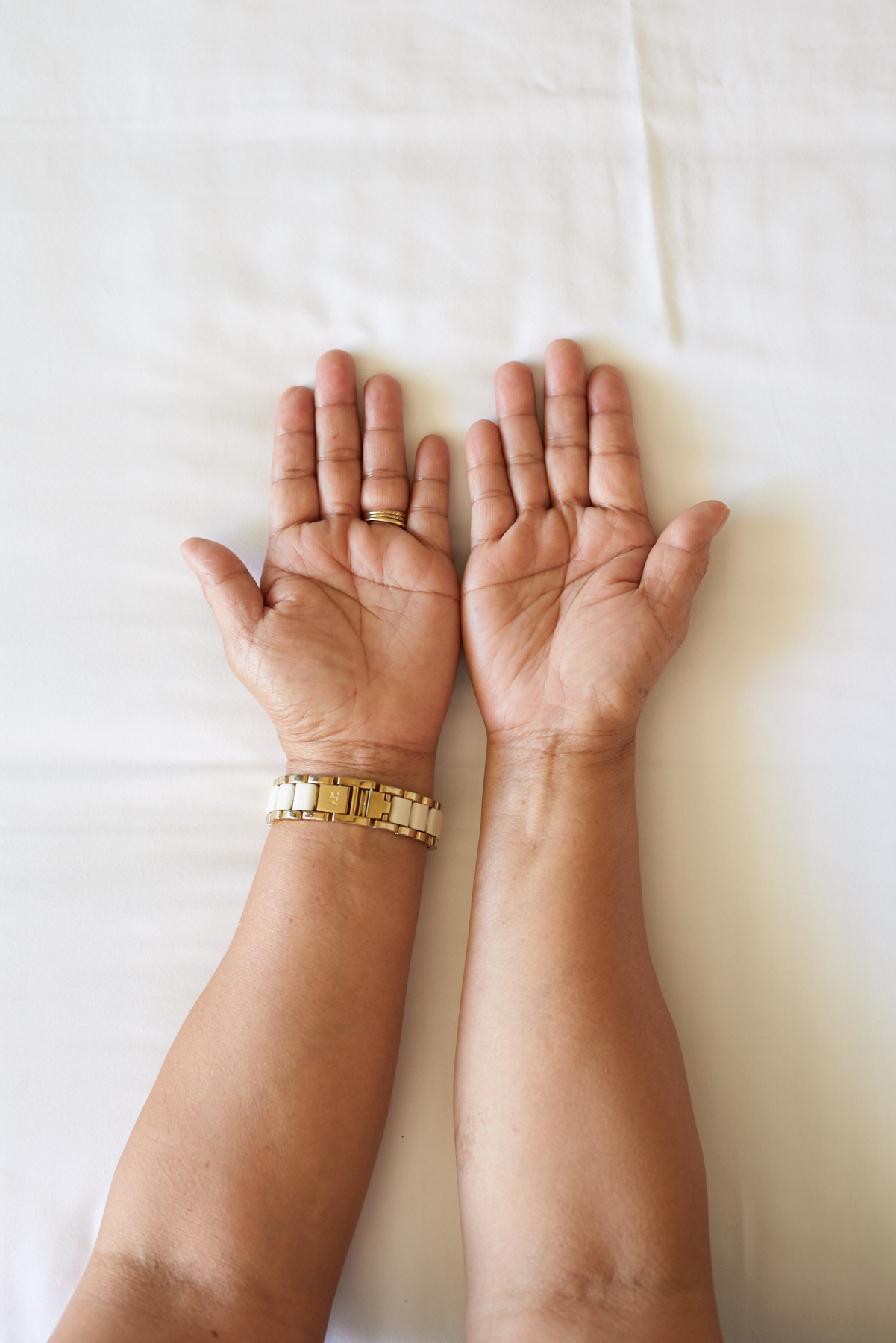 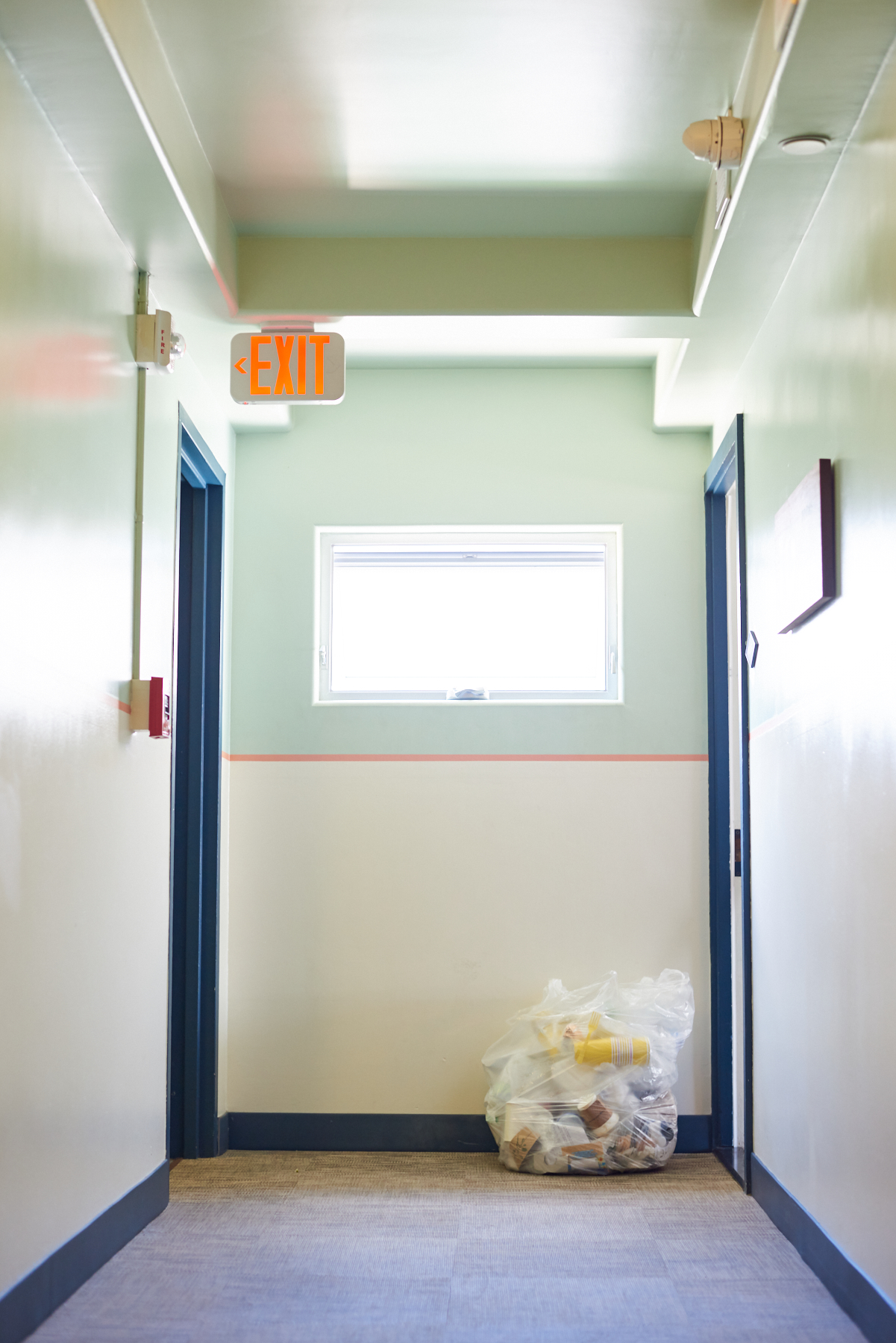 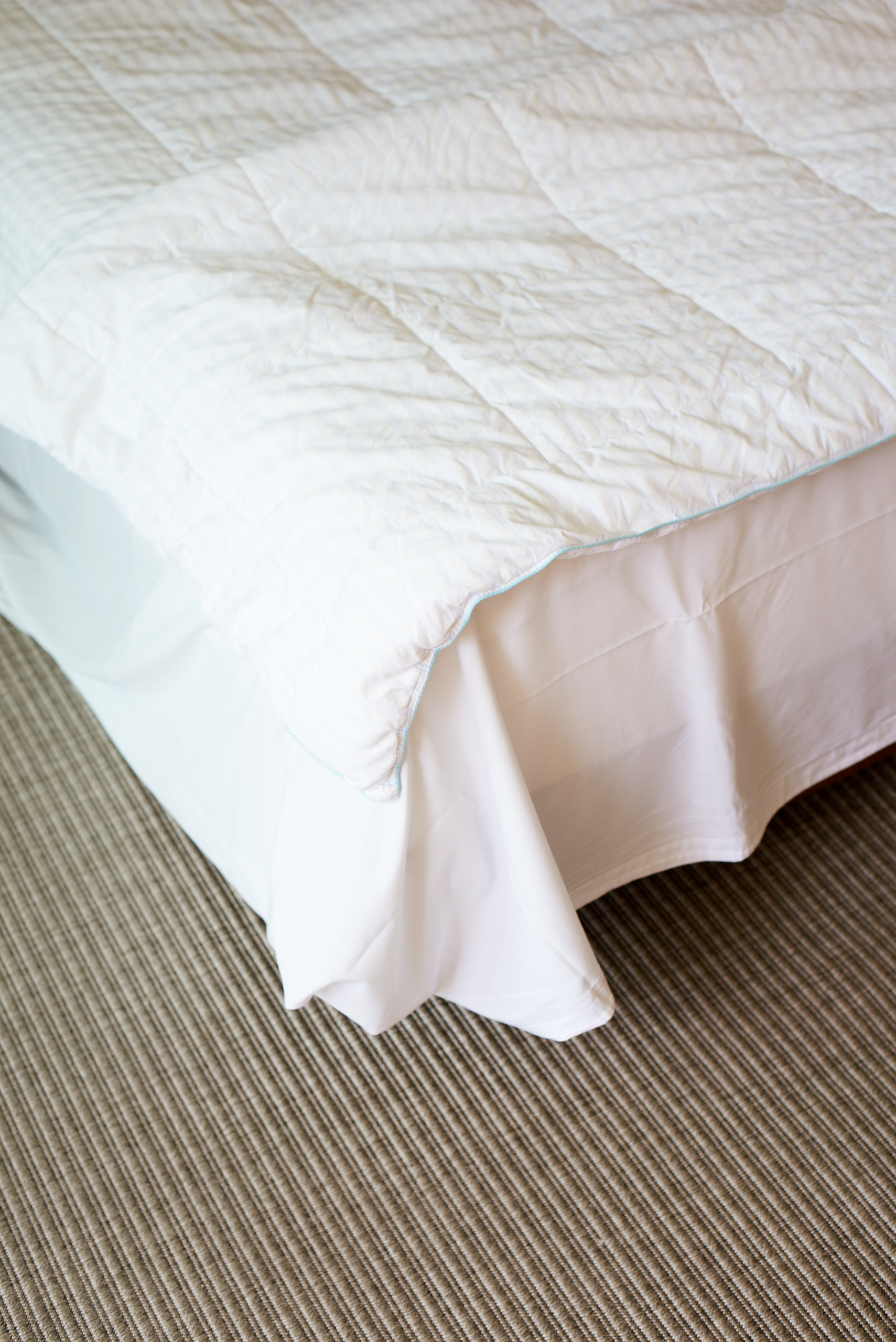